Most of the works lack a title as well as the artist’s signature.

This exhibition consists mostly of works from the artist’s estate. The artist had kept the paintings in his studio during his lifetime and never signed them. It was perhaps because, as Bengt said himself, that if he didn’t sign them, it was a type of insurance against potential theft.

Regarding the names of the works, a single piece could have several. As the Bengt Lindström connoisseur, Anders Lindén, said, the
name of a piece changed often, depending on the mood of the artist. 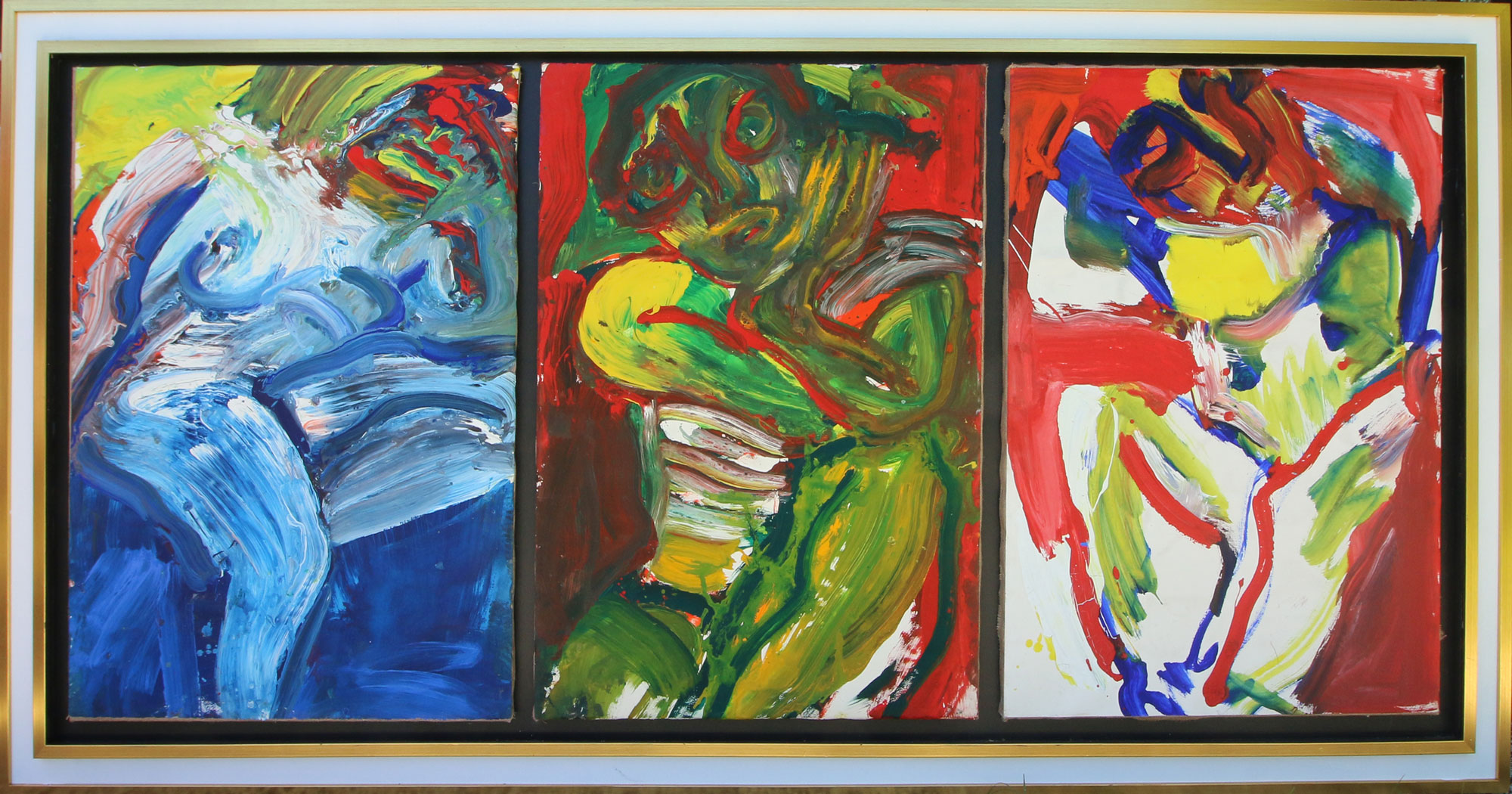 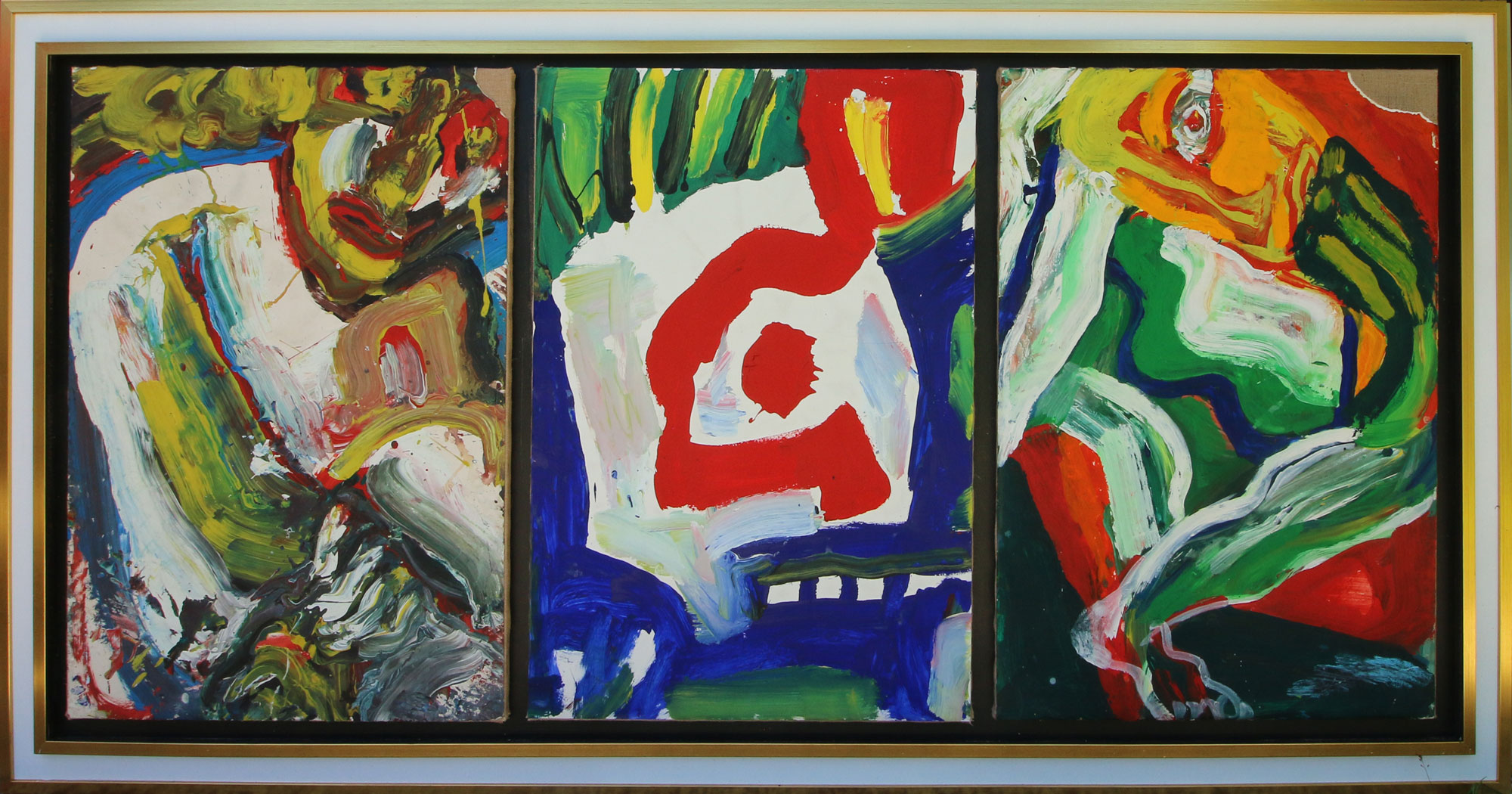 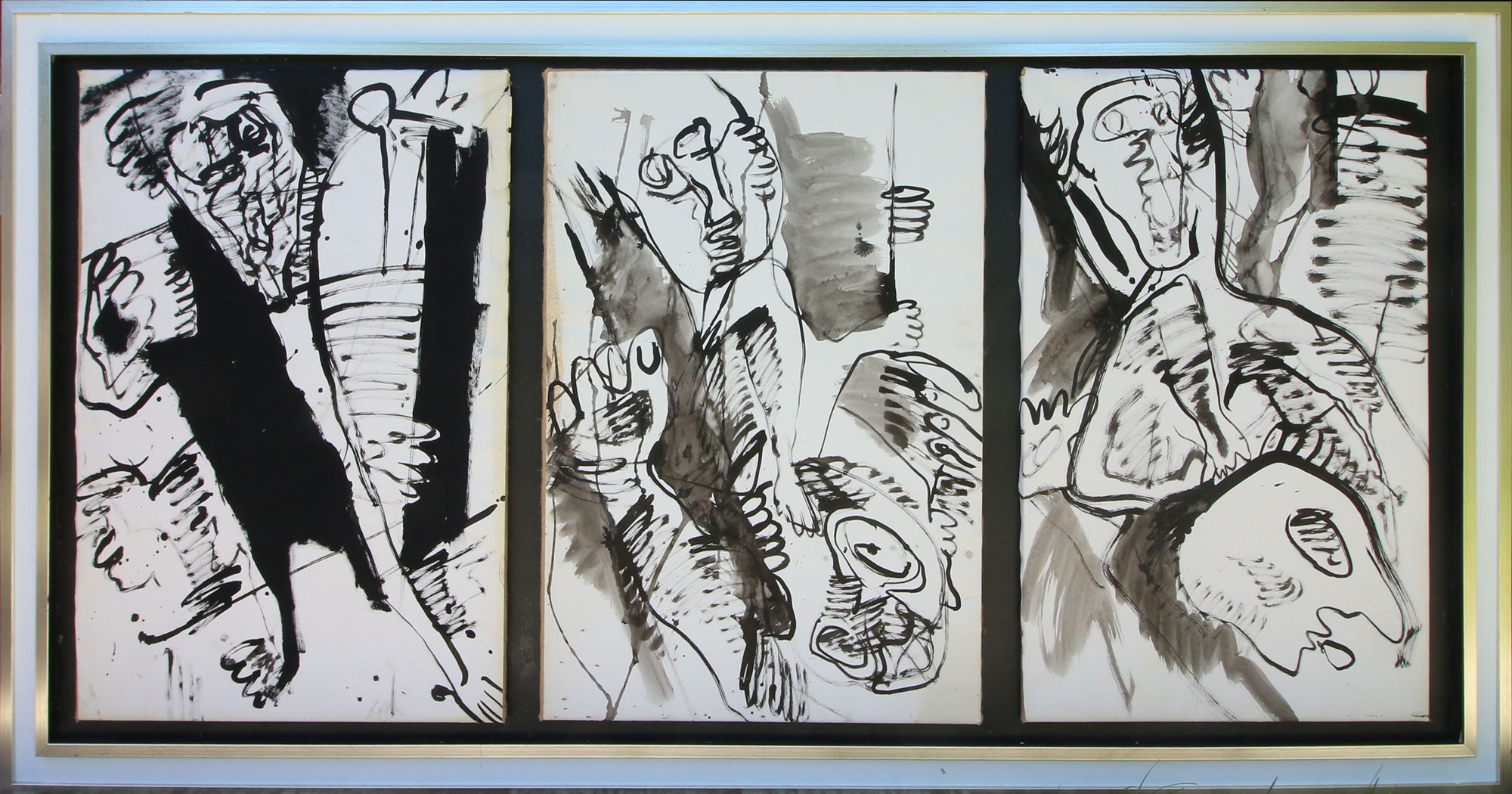 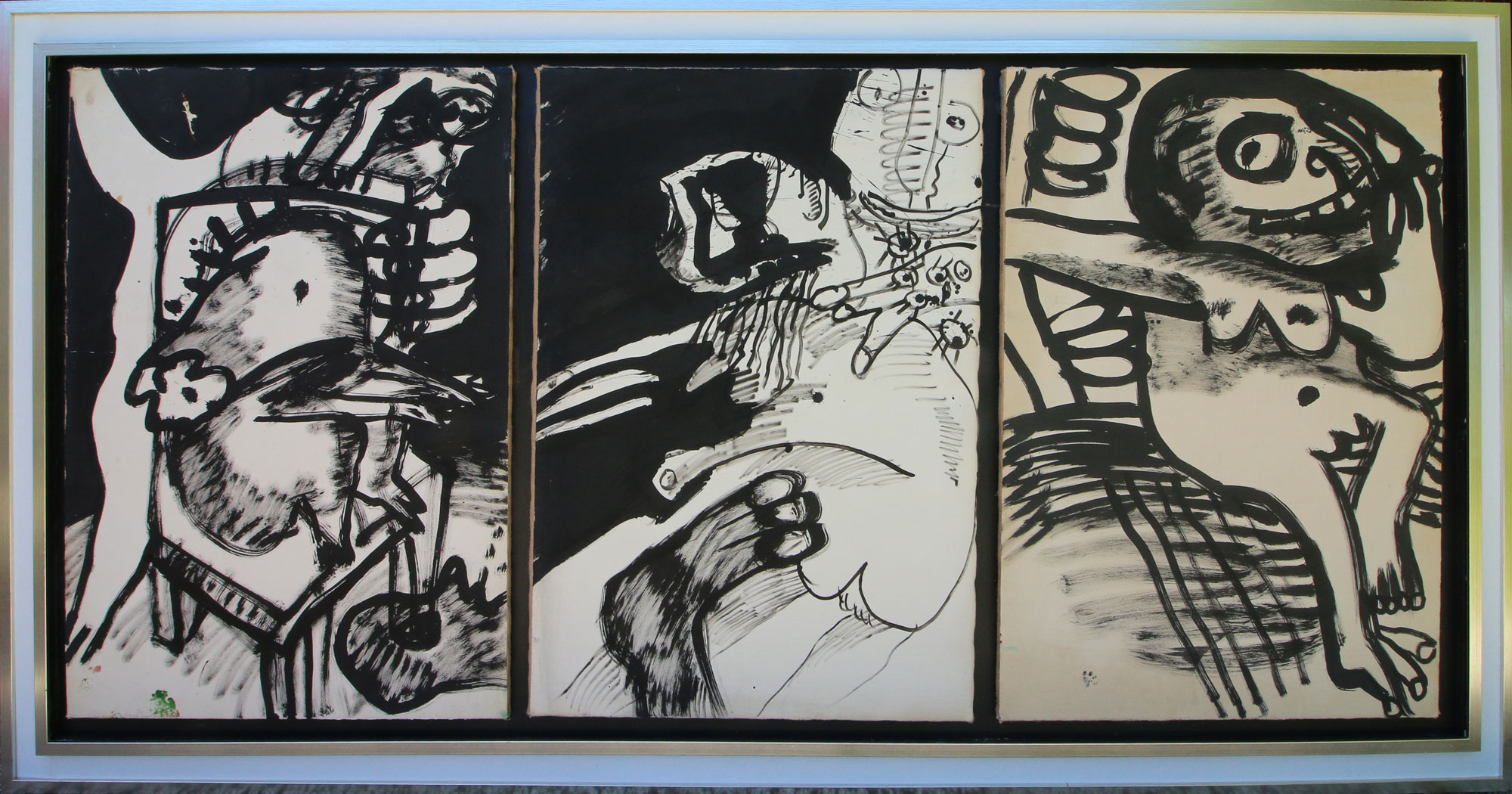 This mobile of the dancing Gods of Asgård consists of 46 pictures andhas a circumference of three meters and is four meters high.

The artist began paintings these pictures in the beginning of the ’90sand spoke often about the mobile all the pictures would be collected in.

But he never finished it and the pictures remained unused until I, CurtAspelin, fulfilled the artist’s wishes in 2015 and completed, as you willsee, this fantastic mobile with the images of gods the artist painted. 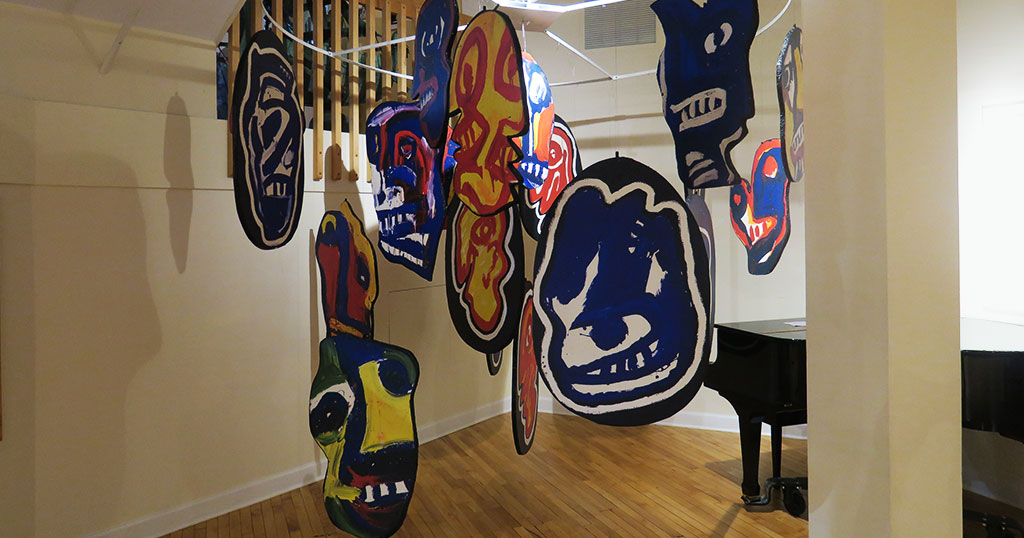 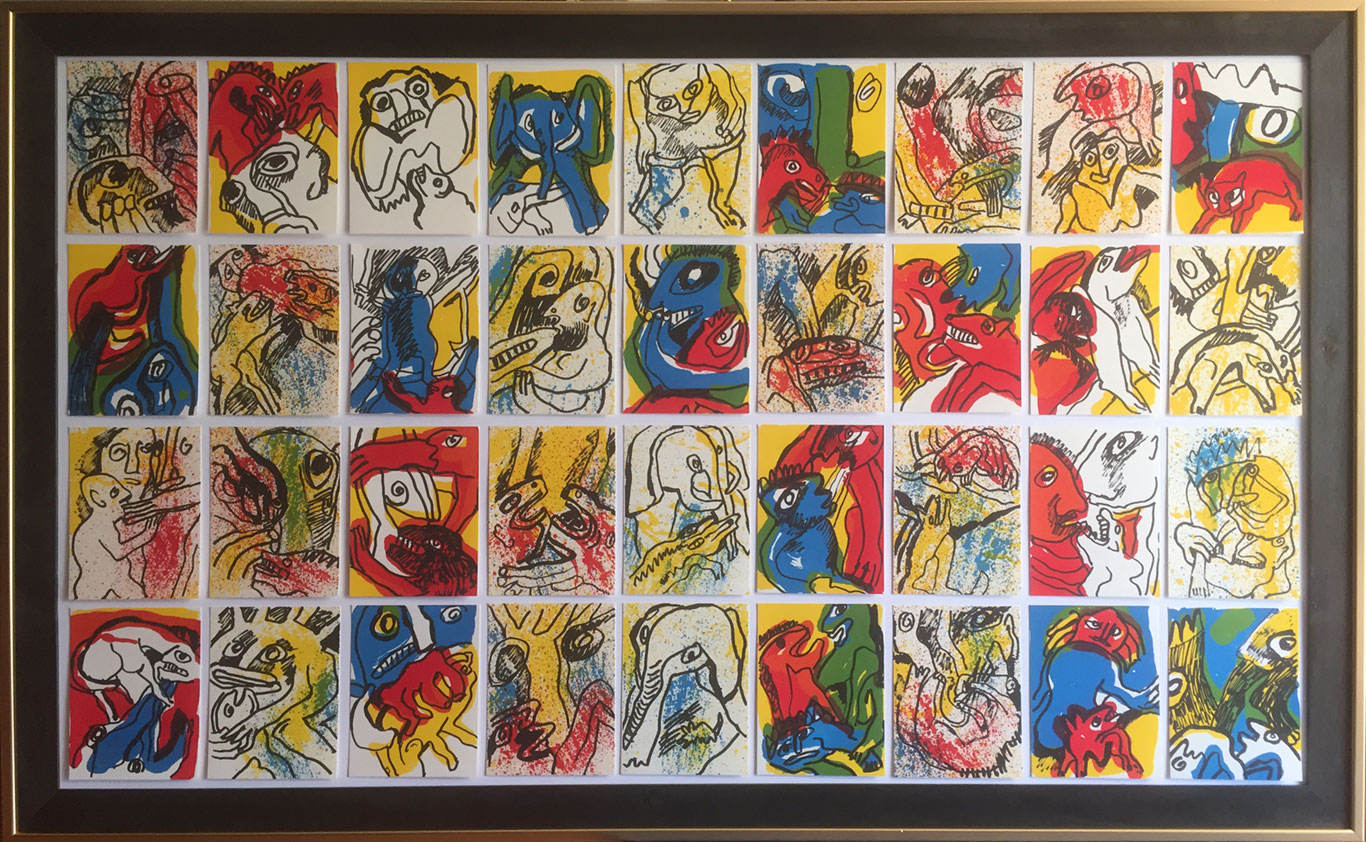 In the northernmost part of Sweden is the village Orrem Jarka, where the artist stayed many times during his wanderings in the wilderness of Norrland.

In the mid-1990s, the artist made a series of drawings and an edition of lithographies of the tales from Orrem Jarka where he didn’t just include interesting drawings, but also wrote down the Nordic mythological tales.

Between 1997 and 1998, the edition of lithography was completed and printed at Studio Franck Bordas in Paris. One hundred copies were printed in both Swedish and French.
‍

The Girls on The Champs-Élysées in Paris.

In the beginning of the 1980s, Bengt began to change his manner, from the colorful and ugly old men and women, to the beautiful girls on the Champs-Elysées in Paris, for example.

They came to nearly 200 different acrylic paintings, all the same size. Eventually, some of the paintings received Swedish names like Eva, Anna, and Sonja.

As time went on, seven lithographs were made of some of the works. There were also French names for the women, but Bengt had already christened the series as “The Girls on the Champs-Élysées.” 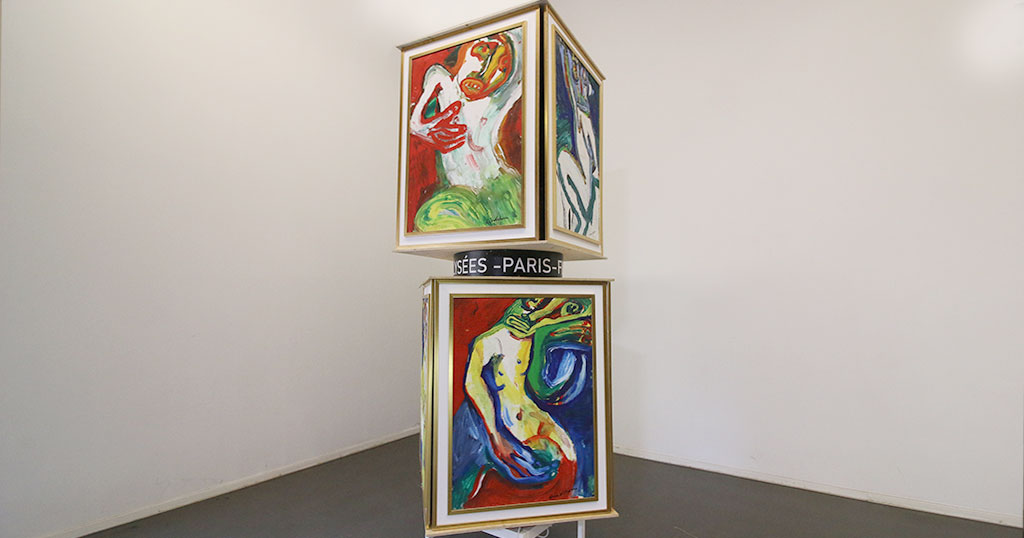